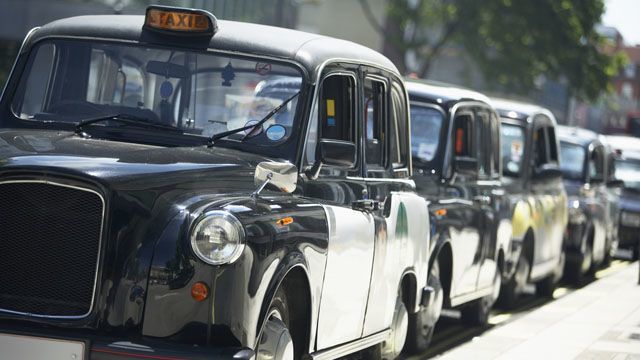 Chances are that a month ago you’d never heard of Uber, the taxi app that is ruffling the feathers of cabbies across the capital.

However, just a few weeks later it has sailed to the top of the Apple store chart and you’re probably in the minority if you’ve not heard about it, all thanks to some amazing PR.

Surprisingly though, the massive interest and awareness spike has not been down to the handiwork of the San Francisco upstarts, but in the form of the mother of all PR cock-ups from London’s cabbies themselves.

Determined to try and crush the app and force it out of business for daring to compete in their territory, London’s cabbies organised a day of protest which brought the capital to a standstill.

The result? Masses of media coverage which, in general, was highly critical of the action and millions of disgruntled Londoners who were inconvenienced as they tried to go about their daily routines. Oh, and don’t forget the thousands of people who have now downloaded the app thanks to the awareness created by the cabbies.

So what went wrong for the cabbies? While no-one can fault the drivers for their enthusiasm or ability to mobilise behind a common cause, a little more thought beforehand might have served them well. Some strategic planning might well have highlighted the potential dangers of such visible action and any risk reward analysis might well have resulted in different decisions.

While passion and action are often admirable qualities, there are some key lessons we can all learn from this PR-disaster. Before rushing into any high-profile campaigns, carefully assess the risks. Failure to do so could result in a whole heap of damage that can’t be undone.

Which social media channel is right for you?

Why Google Analytics should be your best friend

elit. quis, quis suscipit ut mattis Aliquam non luctus risus. sem, amet,
We use cookies to track usage of our website. By continuing to use this website, you are consenting to the use of cookies. Find out more.