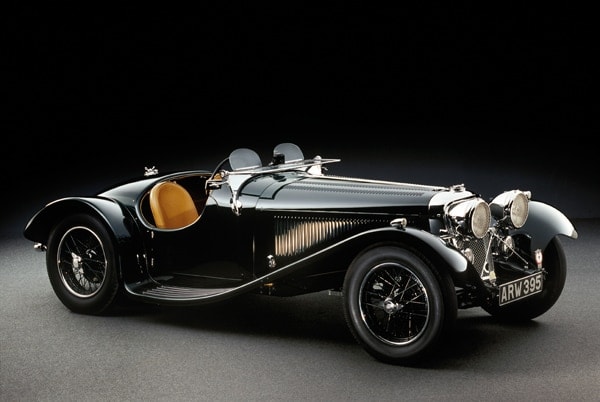 Achieving widespread media coverage and interest from around the globe, a Warwickshire-based PR agency, Red Marlin, has played a pivotal role in the sale of one of the world’s most significant collections of historic Jaguar cars.

The multi-million pound ‘Jaguar Sports Car Collection’, which contained 12 of the most significant Jaguars of all time including the first E-Type to be seen in public and the ‘lost C-Type’, was acquired for sale by Bicester-based specialist dealer, Pendine Historic Cars.

As automotive specialists with a wealth of experience in the classic car sector, Red Marlin was tasked to manage the global PR and media communications for the launch of the collection onto the open market.

“Red Marlin was the obvious choice for the launch of the Jaguar Sports Car Collection due to their reputation in the classic car world”, comments James Mitchell, founder, Pendine Historic Cars. “The level of enquiries about the collection has been literally overwhelming and there’s no doubt that a large part of that is down to Red Marlin’s targeted and effective PR campaign”.

“We were very excited to be approached by Pendine Historic Cars to work on this project” comments Danny Rughoobeer, managing director, Red Marlin. “As a specialist automotive agency based just a stone’s throw from Jaguar HQ, this was a particularly good fit for us and we were confident that we could achieve impactful results through our extensive network of key journalists and contacts.”

Within four weeks of the sale announcement, half of the cars in the Jaguar Sports Car collection were sold, with the remaining cars currently under sales negotiations.

In addition to its classic car experience which includes working with specialist auctions houses and insurance companies, Red Marlin also works with a number of other well-known and high-tech automotive businesses including Yokohama tyres, the Advanced Propulsion Centre and online parking portal, YourParkingSpace.

To find out more about Red Marlin’s range of PR and digital marketing services email hello@redmarlin.co.uk.

The importance of strong internal communications

Home is where the work is – 5 tips for WFH

How to handle crisis communications