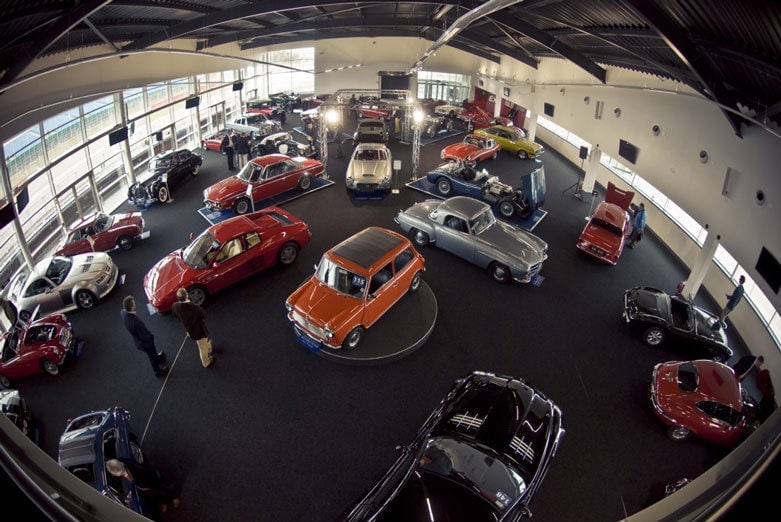 Silverstone Auctions, one of the newest and most prestigious specialist auction houses for classic cars, modern supercars and competition cars, has turned to Leamington Spa communications agency Red Marlin to help it really ‘motor’ in 2012.

Created in early 2011, Silverstone Auctions has already made a significant impact on the classic car auction scene. Its most recent sale included exquisite cars such as a Le Mans Class winning Morgan which sold for £125,000 and a rare AC428 coupe which fetched £136,400. However, with the help of Red Marlin, the company is looking to drive further forward with a bumper year in 2012.

“As one of the newest classic car auction houses in the UK, it’s important for us to get ourselves known among buyers and sellers alike,” explains Nick Whale, managing director, Silverstone Auctions. “Like us, the team at Red Marlin have great passion and enthusiasm for everything automotive related along with some excellent experience and contacts, so I’m confident that the partnership will be very fruitful. What’s more, choosing a local Leamington agency makes it much easier for us to work closely together.”

While Silverstone Auctions holds the exclusive rights to hold sales in Silverstone circuit’s new £27 million ‘Wing’ building, the company’s administrative offices are located at the heart of the Midland’s motor industry at Gaydon.

“We’re delighted to have been selected to work on such a prestigious and high-profile account as Silverstone Auctions,” comments Danny Rughoobeer, managing director, Red Marlin. “Some of the cars being brought to auction by Nick’s team are potential headline grabbers on a global scale, so it’s fantastic news that a Leamington-based agency can play a major part in this.”

Red Marlin was established in 2009 and is located in Leamington’s Althorpe Enterprise Hub. Its team have extensive experience working for car manufacturers and dealers, international motorsport teams, automotive component suppliers and car servicing businesses. As well as managing the PR activities of Silverstone Auctions it also looks after several other automotive-based businesses including TyreSafe, the UK’s tyre industry’s awareness organisation, who recently featured on BBC TV’s The One Show.

Silverstone Auctions next sale will be held at the Race Retro show at Stoneleigh Park on Saturday 25th February.

How to brief a PR agency